On the heels of the biggest wildfire season in modern California history, Royal Ramey traded his job on the scorched mountainsides for an office in San Bernardino.

He had been battling wildfires for a decade, among the thousands of incarcerated Californians who had been trained by the corrections system and paid well below minimum wage to help contain the state’s increasingly deadly blazes.

Now, with temperatures in Southern California hitting triple digits, Ramey says his air-conditioned office at the bottom of the dried The San Bernardino National Forest is significantly better than the concrete box where he once spent nearly 24 hours a day.

Not only does he go home to his family after work; it also helps people use the skills they learned in prison to build full-time, fully paid careers in wildfire fighting.

Looking at a set of perfectly clean firefighting tools on the floor of his office, Ramey said: “I have a desire and a love for fire, but also a love and a desire to help people. people.”

Ramey has helped more than 170 formerly incarcerated people join the ranks of professional firefighters in the National Fire Service through his non-profit organization, the Forestry and Fire Recruitment Program.

Co-founded in 2015 with Brandon Smith, who trained with Ramey at the Bautista Adult Conservation Fire Camp in Riverside County, the program provides training and employment connections to people who worked in California Prison Fire Camps.

Ramey said his program meets many critical needs: tackling the most frequent impacts of climate disasters, while helping formerly incarcerated people re-enter the workforce. It also reminds the world that no one should be defined by their biggest mistake.

“There are different ways to achieve your goal, and when we think about the environment, climate change and building community, we need better examples of how to do it,” Ramey said.

“We are here to build structural support for people to succeed and make a difference in this world despite the obstacles in front of them.”

More … than 5,000 forest fires ravaged California this year. This number could increase by about 20% over the next two decades, according to a study 2021, demanding a growing workforce to help disaster recovery and make homes and power grids more resilient to climate change.

Through his own work tackling the impacts of climate change, Ramey said he’s learned that it’s “very imperative that we become stewards of the land we stand on.”

It also revealed a deep connection between man-made climate change, the country’s use of the prison system, and racial inequality.

“In black and Latino communities, we are told that our lives are disposable, just like the earth.”

“In black and Latino communities, we’re told our lives are disposable,” he said, “just like the earth is.”

This relationship between availability and climate change has made it even more complicated to rely on incarcerated people to fight fires. For decades, California has relied on fire crews made up of quickly trained convicts — mostly black or Latino — to do some of the most backbreaking jobs in firefighting: plowing and cutting through brush at stifling temperatures to create perimeters to contain the flames.

Imprisoned people make up about a third of the California wildfire fighting workforce.

The United States has a history of using its black citizens to do the dirty work of fighting fires. During World War II, when the Japanese army used “explosive balloons“In attempts to destroy the forests of western America, a group of all-black US Army paratroopers known as ‘smokejumpers’ spent months”save the american west” and fight fires.

But there are benefits to California prison fire camps, Ramey says. While incarcerated, he and Smith fell in love with firefighting and feeling needed.

“The goal is something they take you to jail; that makes it.

“We need firefighters, and doing work that the world needs makes it more rewarding,” he said. “The goal is something they take you to jail; that makes it.

Firefighting is one of the highest paying jobs for state prisoners: inmates at fire camps earn about $5 a day, with an additional $1-2 an hour when assigned to active fires.

Conditions at the camp are also better than the average state-run facility. Namely, participants can be in the “real world” rather than in a cell all day.

“It works in [the state’s] favor and ours,” Ramey said. “As an incarcerated person, you already have the mindset, ‘I’m already in prison. I’m already in an environment where there are threats every day, so maybe I better take a chance on this threat [of firefighting].”

But many advocates argue that incarcerated workers should be paid a living wage, saying the pay doesn’t match the dangers of the job. Several inmates in the program have was seriously injured and even died in the field over the past decade.

The program has also opened up conversations about race and privilege in the field of wildfire fighting. While incarcerated workers are predominantly black or Latino, professional firefighters working the same fires are almost exclusively white.

Using prison labor pretty much saves the state $100 million per year compared to what professional firefighters are paid.

Seeing the racial disparities on the ground, Ramey and Smith knew they wanted to continue to fight the fire after their release. But they ran into a troubling reality: Once out of prison, there was no roadmap for incarcerated workers to build careers from the skills they learned.

One of the biggest hurdles, Ramey explained, is a California law that prohibits people with felony convictions from obtaining the emergency medical certification required by most municipal fire departments.

It was “blatant,” Smith said in a 2020 interview with KQED News. “You have this labor pool of people who are just sitting here and underutilized just because [of] a matter of perception.

Despite their training and experience in the field, Smith and Ramey had to start at square one to build a career in wildfire fighting after being released. It would take them about three years to regain a position equal to their role while incarcerated.

After being refused by a handful of crews, it was not until the summer of 2015 that a declaration of state of emergency opened an easier path for hundreds of people, including themselves, to join the professional ranks.

Needing more bodies to fight what was at the time a record fire season, the hiring process was temporarily made much easier.

Throughout the ordeal, the couple prioritized the prison’s fire camps and talked to those incarcerated about getting Forest Service jobs once they were released. They saw the need to put their “work to paper” and institutionalize a program linking recently released prisoners to professional firefighting positions.

Through their nonprofit, they partner with local governments to provide on-the-job training to formerly incarcerated individuals, assist those with state firefighting claims, and offer a system of community support for people going through the difficult process.

In less than six months, participants in the FFRP program receive the same training they would receive at a year-long state firefighting academy – and they are paid at least $15 from the hour. Training includes field work, hiking, practice plowing and cutting fields, and equipment training at their new San Bernardino office.

In addition to paid transition work in fire prevention, the program provides formerly incarcerated individuals with access to social workers who facilitate their reintegration process, life skills seminars, and access to housing and mental health care.

In 2020, Ramey and Smith were instrumental in getting California Governor Gavin Newsom to sign a law this made it easier for prison camp fire crews to have their records expunged in hopes of removing a significant obstacle to finding firefighting employment.

In April, the couple received a Private Foundation Grant of $250,000 to expand the program to other parts of the state beyond Southern California.

“I think the world is finally accepting that we’re going to need everyone, even abnormal and complex people, to deal with the situations that we’ve created and tried to keep quiet,” Ramey said.

“We have to recognize our weaknesses and our mistakes and say that it’s good to work on them as individuals because we need everyone to fight against the problems of the world.” 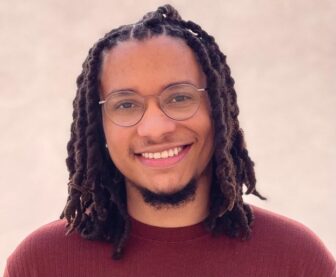 This kind of community rehabilitation, he says, will help smother and contain more fires than those ravaging California.

“What do we do if we don’t try to make this world a better place? »

This article by Adam Mahoney, writer for Capital B, was originally published earlier this month. The Crime Report is pleased to reprint it here through the Journalism Solutions Exchange, part of the Solutions Journalism Network’s programs to disseminate rigorous reporting on problem responses. Follow Adam @AdamLMahoney